Branding lesson from the Intel Inside story

Branding lesson from the Intel Inside story 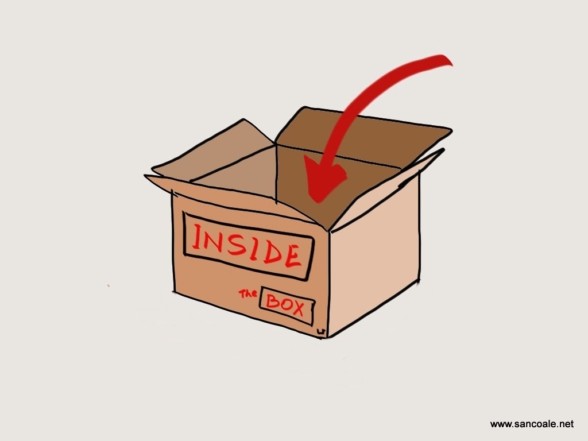 In the 1980s , Personal Computers had taken the world by storm. The hobbyist machines of the 70s were replaced with the (relatively) easy to use Personal Computers. The success of the IBM PC with its 8088 Intel chip changed course for Intel, Microsoft and many businesses in the nascent computer industry.

However, most consumers who purchased PCs didn’t care what microprocessor was inside, and didn’t understand the mind boggling numbers thrown at them by salespersons. Their product was largely a commodity, unseen and unknown outside the PC industry.

In the fast changing tech landscape, Intel’s competitors copied its microprocessor naming convention, and in what seemed to be a defining moment, Intel lost its battle for the 386 trademark. It was during this time of adversity that Intel came up with a masterstroke…

It launched the Intel Inside® branding campaign, arguably one of the most successful strategies.

Apart from Intel, there were two important stakeholders in this strategy – PC manufacturers, and buyers of PCs. Intel’s consumers were the PC manufacturers. It convinced many PC manufacturers to start carrying the Intel Inside® logo. At the same time, Intel started a relentless focus on projecting itself as a technological leader in the microprocessor industry that would give PCs reliability and safety, and this campaign was aimed directly at the end consumer – the PC buyer. Given the gigantic ad spend, Intel also negotiated advertising discounts that it passed on to its partner PC manufacturers. This act helped reduce manufacturers advertising costs if the ads and PCs carried the Intel logo. This multiplier effect had its impact. Intel was saying its chips were better. Many PC manufacturers were now saying Intel was better. PC buyers thus started perceiving PCs having Intel Inside to be better than other brands.

Many pure techies were divided into Intel and AMD camps, with accompanying lawsuits against unfair trade practices. However, the battle for the mind of the consumer and preference of the manufacturer was won by Intel. PC buyers had started recognizing the Intel Inside logo and its jingle, and insisting on Intel inside their PCs. Smart manufacturers aligned with Intel. What went inside a PC became very important. PCs began wearing this differentiation on their boxes, with the Intel Inside logo occupying a prominent place. Intel was inside everybody’s homes. The only thing that seemed to matter was whether you had Intel Inside a PC or didn’t. This direct consumer demand led to more and more manufacturers coming on board, and the increasing demand led to increasing margins for Intel.

How will your business benefit from this success story ?

All brands – IBM, Intel, AMD, Intel Inside are owned by their respective owners.