Leverage the Internet for your business

Leverage the Internet for your business 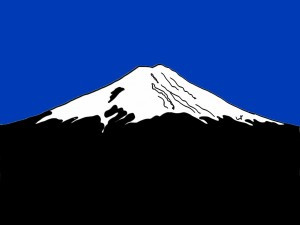 Once upon a time, two armies faced off in the mountains, ready for battle. Goliath, a massive giant wearing shining armour from head to toe, armed with a sword and other arms came out to mock the enemy to send their bravest soldier for single combat. The sight of Goliath sent shivers down the spine of the enemy soldiers. A fight with a huge powerful giant would be a fight unto death. As expected, no soldier took up the challenge.

Finally, David, a shepherd boy, stepped up bravely to his king and asked permission for the duel – single combat, a fight unto death. David refused the armour meant to protect him from the brute force. Armed with five stones in his pouch, his slingshot and just his wooden stick, David the shepherd boy went to battle with the armour clad muscular well-armed giant Goliath.

As Goliath insulted and threatened the approaching David, David calmly armed his slingshot with a stone. With amazing accuracy and speed, David hit the stone between Goliath’s eyes. Goliath the seemingly infallible giant fell with a thud, and shook up his own army. The tiny David had just slayed the giant Goliath.

For Entrepreneurs and Small Businesses, David’s victory – the victory of an underdog – resonates a chord.

When you analyze Goliath’s strengths, you realise that his brute strength, size, arms, and armour gave him a huge advantage over close range, but also created his weakness – speed and agility. David used his strengths of speed and agility to his advantage, and importantly struck from a distance while still outside the range of Goliath. At that distance, the armour wouldn’t help David – in fact it would slow him down. At close range, the armour wouldn’t save him from the battering he would receive from the giant. He used weapons of his choice, weapons that he knew how to use. He attacked Goliath’s weakest unprotected spot with focused energy.